Enferi is a third person hack and slash ARPG with a unique 1-4 player online co-op experience and split screen support. Fans of the genre can now enjoy the simple, engaging and addictive gameplay of zombie mode games mixed with their favourite genre. No more lengthy catching up to the level and gear of your friends in order to comfortably play with them, just grab a controller and you’re good to go! 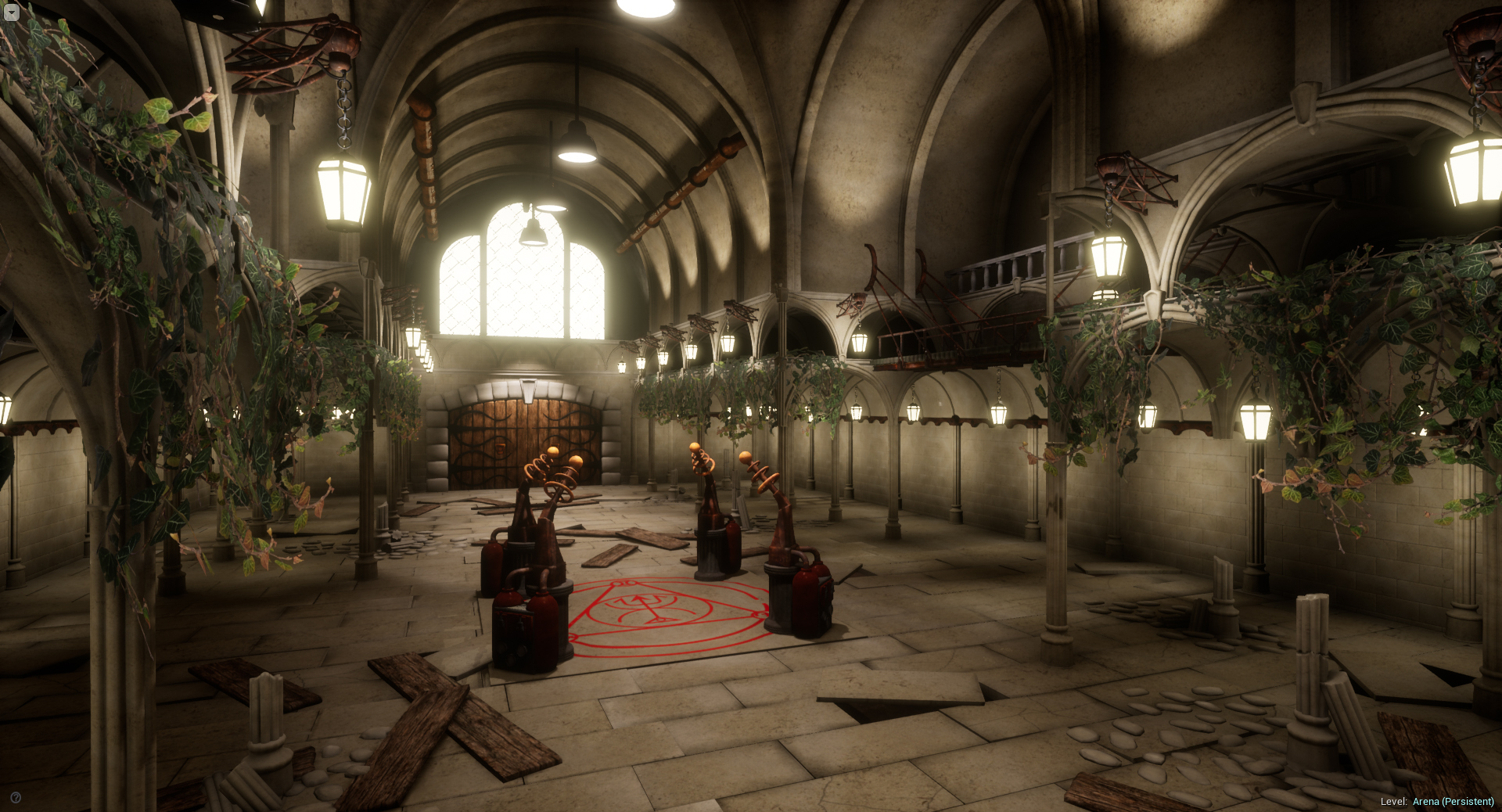 Armed with an electrified bastardsword, dual grappling guns and an array of dark magic, players have to survive the horde and their bosses for as long as they can in an increasingly difficult environment. Featuring classic hack and slash gameplay, leaderboards, levelling and permanent death on all mayor platforms, players can soon compete for bragging rights, personal glory or just a fun evening on the couch with friends!

Follow The Hatchling Games on social media at the bottom of the site, to keep informed about the game’s progress. Any likes & shares are greatly appreciated!

The game was inspired by the horde mode from Warhammer 40k Space Marine, mixed with the gameplay style from games like Ninja Gaiden, Devil May Cry, Bloodborne and the addictive and fun nature of zombie mode games like Black-Ops or Killing Floor. For years I’ve been waiting for an ARPG that would allow players to enjoy a fast paced realistic looking Hack and Slash game with friends without having to grind and gear-up for hours and days before you could enjoy the game with your friends.

In a world where time is limited, especially when father time has knocked too many times on your door, people might not have the time to level-up and just have a few hours per week for some gaming. Which leaves you very little time to enjoy RPG’s, with their deep mechanics and vast locations. RPG’s generally aren’t ideal to play once in a while, like shooters or race games for example.

And this was the idea behind Enferi, the game is designed the be an easy to pick up and hard to master game that can be played for a few hours with your friends or on a solo adventure, without having to spend a lot of time setting up. Enferi is best viewed as the hack and slash counterpart of zombie mode games like Black Ops and Killing Floor. Every player has an equal chance to be on top of the board, even if you’ve spend hours, days or weeks grinding, all players start at the same level and with the same stats. That way, it all comes down to the player’s skills and not their time spend in the game.

Players begin the game session in the first stage of Enferi, players have to survive the demonic Enferi until the first boss will spawn. This boss has to be beaten in 5 minutes in order to advance to the next stage. In the meantime, players will earn experience points, that they can use to level-up their characters that tailor their playstyle or the needs of the team. If the players die and don’t receive a revive from their teammates, the session ends. Once the session has ended, the players start all over again, from the first stage, with their levels reset. The game will feature permanent death.

Permanent Death might seem like a harsh or scary game mechanic, but the game isn’t meant to be completed by the players. The game will feature leaderboards to see which players can outlast the Enferi the longest. Players can fight for the first place in the most difficult leaderboard, the solo session, try and beat their own personal record, or invite a friend and beat the co-op leaderboards together. Got some friends over? No problem, just give them a gamepad and enjoy the game in split screen mode up to 4 players!